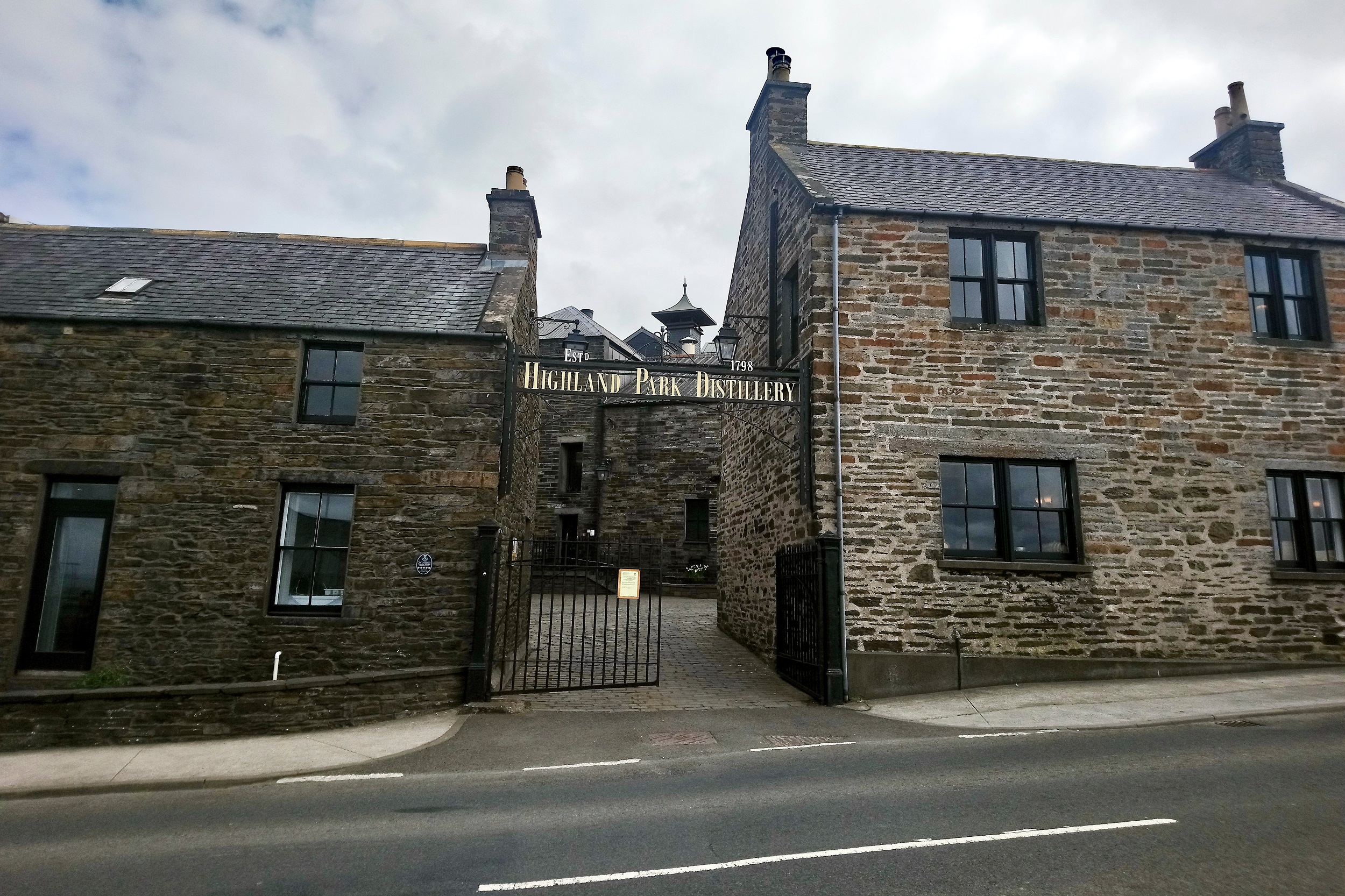 The northernmost single malt Scotch whisky distillery in the world, it’s been around for hundreds of years and produces one of the most sought-after and acclaimed single malts around. Its remote location and unique production methods, (Highland Park Distillery is the only distillery to malt its own barley), are just a couple of reasons that the whisky it produces is so popular.

Orkney’s Viking history definitely plays a role in Highland Park’s spirit, particularly because founder Magnus Eunson was a direct descendent of the Vikings that landed on those remote islands hundreds of years earlier. A real character, he was a butcher and church officer as well as being an active smuggler and illicit whisky distiller.

It’s hard to say for sure when production began at Highland Park, but he was caught doing it in 1798, which is marked as the official founding of the distillery. In 1826 it finally received an official license to do what it had been doing for years.

Today, Highland Park is owned by Edrington, alongside The Macallan, The Glenrothes and The Famous Grouse. However, the processes remain as closely tied to the historic production that has taken place there for generations as possible. Indeed, their ‘New Kiln’ is over 100 years old.

The stillhouse contains four stills, two wash stills and two spirit stills, along with a copper and brass spirit safe. The peat used comes from nearby Hobbister Moor, while the name of the distillery comes from the High Park area it is located in, rather than being a reference to the Highlands.

GET IN TOUCH
Whether you have a question about our casks, services, or require specific assistance from
one of our investment experts, we'd love to hear from you.