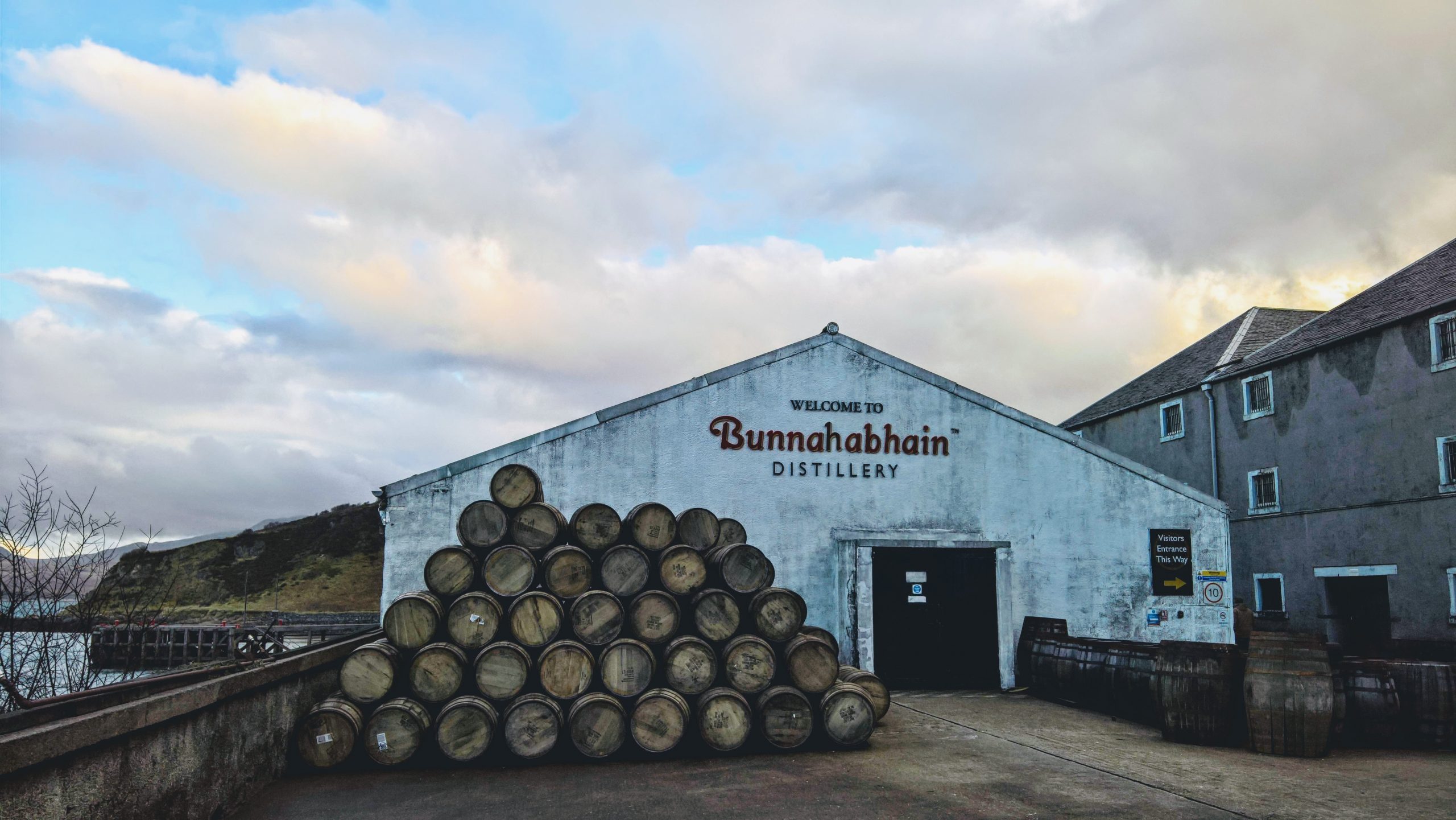 Costing £30,000 (£2.6m in today’s money) the partners not only built the large distillery but also the village to house workers, along with the famous pier, the only way for malt and barley to arrive and whisky to leave. The partnership was later incorporated as the Islay Distillery Company Ltd which then became a founding company of Highland Distillers.

Pronounced BOO-na-HAV-in, Gaelic for “foot of the river”, the Bunnahabhain uses the river Margadale it’s built aside as its water source. Relying solely upon sea trade until 1960 when a road was finally established, the whisky produced was the least peated of all the distilleries on Islay. Casks mature in the traditional flat brick dunnages adorning the coastline, the Sound of Islay spray adding salty notes to the final dram.

Although built in Victorian confidence, the distillery, like most, has seen its fair share of hard times, experiencing two short closures in both the early 1930s and the 1980s. Although these closures were short, production from the distillery was kept low for many years. The distillery focuses on quality, rather than quantity. It’s for this reason the distillery became a firm favourite with independent bottlers, with other 3000 independent releases to date.

During the 1960’s boom for Scotch Whisky, Bunnahabhain doubled its still count to four, pushing production to 2.7million litres a year. Famously pear shaped and unpolished, the copper stills produce a rougher, more spice lead whisky. The whisky was exclusively used in blends until 1970, being a key component of Robertson & Baxter’s famous blends, The Famous Grouse, Cutty Sark and Black Bottle.

Seizing upon single malt’s rise in popularity, their first offering, the twelve-year-old was released to stunning acclaim in 1979. Released with the tagline ‘The Unpronounceable Malt’ the twelve year old paved the way for the full range of single malts, both peated and unpeated. With the last ship delivering malt in 1993, the distillery is now moving forward, recently helped by an £11 million pound investment from current owners Distell.

This investment announced in 2019 will see Bunnahabhain’s image revitalised with modern branding, new packaging and a state of the art visitor centre in the place of the old sea facing warehouses.

Distilled at Bunnahabhain
2022 Barrel
Find out more
REQUEST A CALLBACK
Whether you have a question about our casks, services, or require specific assistance from
one of our investment experts, we'd love to hear from you.