This International Women’s Day, Whisky Investment Partners looks at the females who are driving change in the industry

Falling on March 8th every year, International Women’s Day (IWD) celebrates the strides and accomplishments of women across the globe in cultural, political, and socioeconomic environments.

This year, the day is themed around the message #BreakTheBias, intending to challenge the gender biases and stereotypes that are entrenched into working norms.

With whisky historically viewed as a “man’s drink” and advertising heavily geared towards male audiences, the industry has, until recently, lacked real diversity and inclusivity. Thankfully, things have changed and continue to change, with a growing number of women attracted to working in whisky, bringing with them expertise from a myriad of different sectors such as finance and tech; and creating a positive impact on the industry as a whole.

This International Women’s Day, we want to celebrate five of our favourite women working in whisky:

As the Chief Operating Officer and co-founder, Louise oversees all operational and technical aspects of, what is now, a company generating a multimillion-pound turnover. She adopts a fresh, ‘disruptive’ approach in order to streamline processes for modern consumers. For instance, Louise developed the our client onboarding system and is principally responsible for ensuring more than 1,000 clients are given an effective and efficient whisky investment service.

Speaking of her role, Louise commented: “Having worked with financial products and investments throughout my career, I was attracted to the whisky industry because of the product itself. It offered consumers the ability to own a physical asset with an investment ‘twist’. It’s also not complicated for the consumer which makes it more user friendly than other investment products.

“I’ve worked in the whisky industry for two years now – My primary focus is on business change and transformation whilst providing customers with a first-class experience. Many skills are transferable, so it is very possible for women to get into the whisky industry without having any background in it!

“I strongly believe that creating access to opportunities that are rarely available to the public is crucial for driving a fairer alternative investment community. Therefore, I endeavour to make it as easy as possible for everyone to have access to the lucrative benefits of whisky.”

Amy first dipped her toe into the industry by running whisky tastings sessions at Birmingham’s Whisky Club. From there, she’s grown a whisky-loving community that’s now well-known both regionally and nationally. In recent years, Amy has expanded her whisky empire and now owns her own whisky bar and tasting room, Grain & Glass, which remains home to the Birmingham Whisky Club. Amy’s also the organiser of Whisky Birmingham, a whisky festival now in its 9th year.

“Whisky is a fascinating industry to work in and there are many exciting opportunities to be had,” Amy revealed. “Whilst women are definitely not at parity with men in the whisky industry, I think we have become far better represented in the last few years. There are many of us who have been in business, or roles, for many years, so our expertise and profile has naturally grown with it.

“For women looking to get involved, seek one of us out for a chat – the one commonality between us is that we’re all doing it because we love what we do! I recommend budding enthusiasts visit distilleries, attend tastings, and read as much as they can to get a broad understanding of what makes the industry tick.”

Torie is a whisky drinker, collector and enthusiast, who shares her love for the spirit to her nearly 10,000 followers on Instagram. She also hosts Open Malt Night – a fortnightly Instagram live session (Mondays 7 pm) with her friend @redwhiskygirl, in which they discuss all things whisky with special guests such as Billy Abbott (The Whisky Exchange drinks ambassador), David Pearce (Creator of Clandestine Whisky Magazine) and Inka (Digital Creator of @onthesauceagain).

Explaining what first attracted her to working in the whisky industry, Torie said: “What started as a hobby sharing pictures of my collection and my love of all things whisky, grew naturally into connecting with like-minded people and working with distilleries and brands to review and promote their products.

“I do think there’s still work to be done to shake off the stereotype that whisky is a man’s drink and promote whisky as a more inclusive drink,” Torie adds. “Nonetheless, I’m delighted that we’re starting to see a lot more incredible and inspirational women leading the way at the helm of well-known and much-loved distilleries, such as Rachel Barrie for Glendronach & BenRiach, Kirsteen Campbell for Macallan and the all-women distillery team of Pendryn, headed by Laura Davies.”

Becky is a whisky and drinks journalist, and presenter on ITV’s ‘Love Your Weekend’ series. On top of that, she is also the founder of @OurWhisky, a whisky subscription tasting box service, as well as a Founder of Sussex Drinks Network.

A self-confessed advocate for women in whisky, Becky is passionate about female marketing in whisky, pushing to celebrate the achievements of women in the whisky industry and make it more inclusive.

Becky is a true leader, identifying that it is crucial for those facing adversity to not only push for equal treatment but actively fight against discrimination and set new societal norms.

Also known as the ‘First Lady of Scotch’ in the whisky world, Rachel is acknowledged as one of the best whisky Master Blenders in the world and has a whisky career spanning over 30 years to date. For her efforts, Rachel is the first female Scotch Whisky Master Blender in history to receive an Honorary Doctorate and be inducted into Whisky Magazine’s ‘Hall of Fame’. 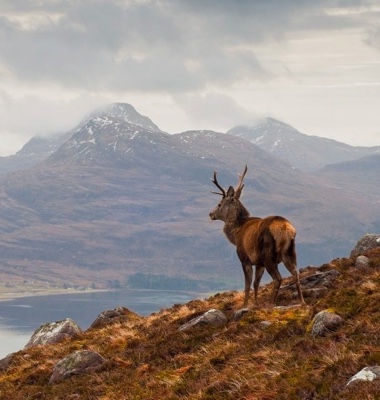 Industry News
The Rise of Whisky Demand in Japan and China