Win a Bottle of Whisky – The Lowlands Giveaway 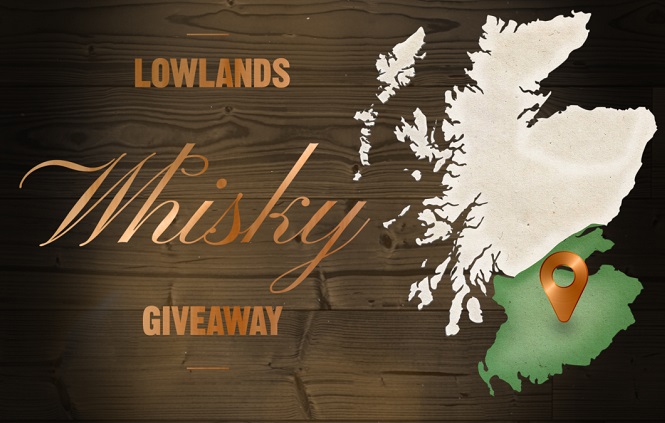 Celebrating a Unique Heritage
People who invest in Scotch Whisky tend to be those who love it the most, with their investments being as much about the whisky itself as it is about the potential financial rewards.

To celebrate that, we’re giving away a bottle of premium whisky each month from one of Scotland’s most famous whisky regions, starting this month with the Lowlands!

The Scottish Lowlands is dotted with famous whisky distilleries, dating back as far as the 15th Century when a monk called Brother John Cor at Lindores Abbey was producing whisky (or aqua vitae as it was known then) for King James IV.

Today there’s around 18 distilleries in the Lowlands region, with the oldest being Bladnoch, which first opened in 1817. Lowlands distilleries are famous for their single malts which are known for having lighter and sweeter tones than their Highland counterparts, reflecting the lush Scottish countryside they come from.

Key Distilleries in the Lowlands
Bladnoch

As previously mentioned, this is the oldest distillery in the Lowlands, having been started by farmers John and Thomas McClelland and it was their family who built up the brand’s reputation over the next decades to the stage where it acquired the nickname ‘Queen of the Lowlands’. During the Second World War, production stopped and didn’t start again until 1956 and continued then until it was renovated in time for its 200th anniversary in 2017.

Annandale dates back to 1836 when it was established by George Donald in Annan, but in its original incarnation it only lasted until 1924 before closing down. Its second coming arrived in 2007 when it was bought by the Annandale Distillery Company and it was restored so that it could reopen in 2014 with the first cask of unpeated whisky produced there going up for sale for £1m.

Rosebank distillery was established in the 1840s and grew to become one of the most esteemed of the Lowlands whisky producers until it closed down in 1993. There have been attempts to revive it, which were scuppered when the original stills and mash tun were stolen at Christmas 2008. However, it was saved from complete destruction in 2017 when the site was purchased and plans are afoot to begin production again soon.

Another distillery started by farming brothers, John and George Rate set up their production in 1825, but one of Scotch Whisky’s biggest names nearly came to a premature end in 1853 when it was sold and the distillery was turned into a sawmill. In 1880 Glenkinchie came back to life courtesy of a consortium of brewers, blenders and wine merchants and it was one of the few distilleries to keep on producing throughout the Second World War.

With a name that comes from Scots Gaelic for ‘corner of the field’, Auchentoshan is also known as ‘Glasgow’s whisky’ because it is located close to the city at the foot of the Kilpatrick Hills in Clydebank. Established in 1823, it was producing 50,000 gallons of whisky a year by 1878 and survived a direct hit from a German bomb in 1941 because of its proximity to the shipyards in Clydebank.

Head over to our Instagram and Facebook page to find out how to enter our premium whisky giveaway and win a wee dram on us!