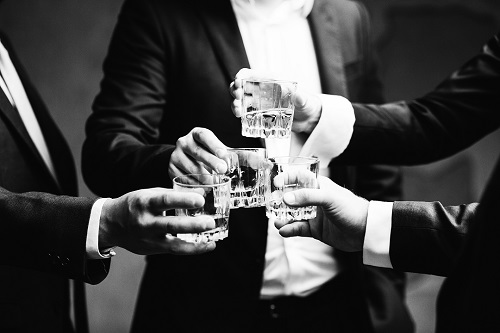 In yet another sign of the lucrative value of investing in Scotch whisky, an auction taking place this month is expected to see a record-breaking sale of a Macallan 1926 Fine and Rare 60-Year-Old.

This event is due to take place in the second part of an auction called “The Perfect Collection” by Whisky Auctioneer in Australia. The first part was in February 2020 and sold for an incredible $4.2million in total, with a Macallan 1926 Valerio Adami 60-Years-Old selling for a world record for online auctions at $1.072million.

The Perfect Collection had been assembled by late whisky collector Richard Gooding and contained more than 3,900 bottles of Scotch. The first auction was for 1,932 of those bottles and attracted 1,642 bidders from 56 countries.

The second part of the auction was delayed from last April after a cyber attack and sees the remaining bottles go on sale, including a Macallan 1926 Fine and Rare 60-Year-Old, which is expected to be even more highly-valued than the 1926 Valerio Adami 60-Years-Old bottle had been.

The Macallan 1926 is drawn from cask #263 and is one of only 14 in the world with the Fine and Rare label, so the hammer price is expected to be over $1million again, particularly if it reaches the heights of another bottle that went on sale in October 2019.

That took place at an auction at Sotheby’s in London as part of the Ultimate Whisky Collection and had been priced at around $500,000 before the auction despite being the first of its kind to go on sale for a decade. Instead, it went for a final $1.9million, setting a new world record for the most expensive bottle of whisky.

In doing so it overtook another bottle of The Macallan 1926 with a one-of-a-kind design, which had sold for $1.5million in November 2018 at Christie’s.

Bottles from The Macallan have a good track record for reaching new heights in value, and the first part of The Perfect Collection auction saw a Macallan 1928 Anniversary Malt 50-Year-Old sell for $119,863, beating the previous record of $93,819.

The Macallan bottles alone from the first auction went for a combined $2,559,218, so all eyes will again be on anything from that famous distillery in part two, not least the 1926 Fine and Rare 60-Year-Old.

Rare whisky expert, Angus MacRaild said: “The Macallan 1926 Fine & Rare is one of those handful of iconic whisky releases which has accrued such a lofty status that it exists more in relation to fine art these days than other whisky bottlings. Its performance at auction will no doubt be a powerful, bellwether statement about just how iconic and culturally relevant Scotch Whisky remains in the 21st century.

“Irrespective of where you sit in the whisky world, the chance to see such a bottling come to auction and potentially break price records is undeniably fascinating and exciting.”

An American businessman and philanthropist, Mr. Richard Gooding spent almost two decades of his life collecting rare whiskies from Scottish distilleries, regularly travelling to Scotland to build up his ‘perfect’ collection featuring a bottle from every distillery, both open and closed.

This means that some bottles going on sale come from ‘lost’ distilleries like Dallas Dhu, Port Ellen, Glenugie and Killyloch. Some are a hundred years old, while other rare bottles include the 1924 Royal Brackla 60-Year-Old, of which only 62 bottles were produced.

Other notable whiskies on sale include the 1922 vintage Highland Malt from Berry Brothers and Rudd and a 1930s Old Vatted Glenlivet from Andrew Usher & Co.

Iain McClune, Founder of Whisky Auctioneer said: “Mr Gooding’s Collection is nothing short of extraordinary and we are honoured and delighted to bring it to auction. Collectors, investors and whisky lovers alike will have their interest sparked by the truly astonishing array of whiskies on offer.”